We had centers each night where the children would go and do something related to that night's lesson.  I wanted to keep everything very simple and decided on these two crafts for the burning bush night. 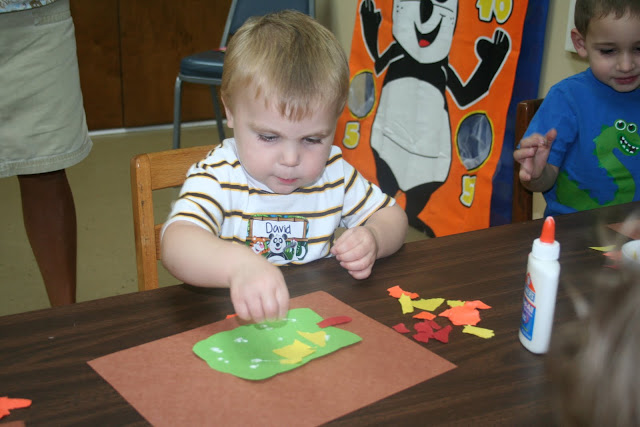 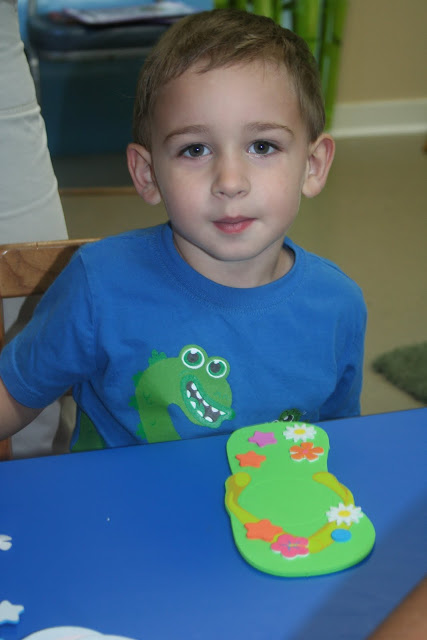 The next craft we found from Oriental Trading.  The kids were able to decorate a flip flop frame to help them remember that God told Moses to take his sandals off - which was one of their favorite parts of the story!!!  We added a picture of each sweet child in the sandal later on in the week and sent it home the last night of VBS.
Posted by Becky W at 12:15 PM