Some of my favorite class activities came from this lesson.  We first talked about how Moses came down from the mountain and was so mad when he saw that the Israelites had made a golden calf.  He was so mad that he threw the 10 commandments down and smashed them everywhere.  So, I let the boys throw down graham crackers (relating to the snack the night before) on some paper.  At first, they were a little hesitant, but then got right into it.  They did a great job pretending to be mad throwing their graham crackers down. 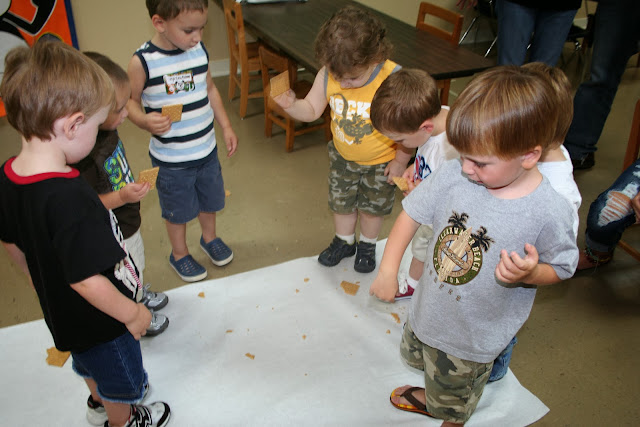 Then, we talked about how Moses melted the golden calf down and made it into powder.  I had a golden calf (see picture at the bottom of this post) and put it over the campfire you see in this picture.  I switched the golden calf (that I had put in the pot that you also see in the picture below) and showed them how the fire made it into powder.  I had put UNsweetened lemonade powder in the pot before class began.  I showed them how Moses took the powder and poured it into their drinking water for the children of Israel to drink.  I had a pitcher of water and poured our powder into the water, mixing it up.  Then, I gave each child a cup with some of the water in it.  We had talked about how the water was very bitter for them to drink, and this showed them how bitter it was. 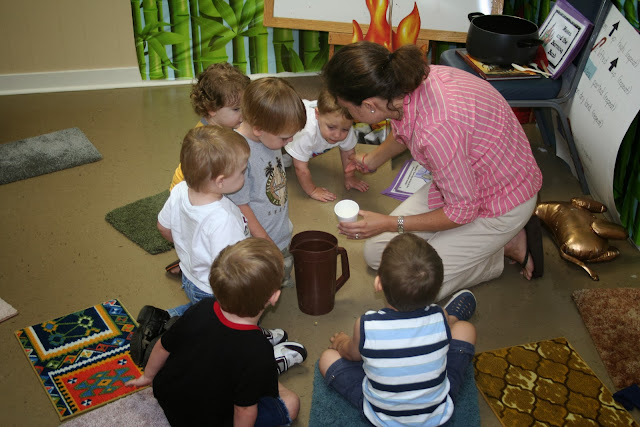 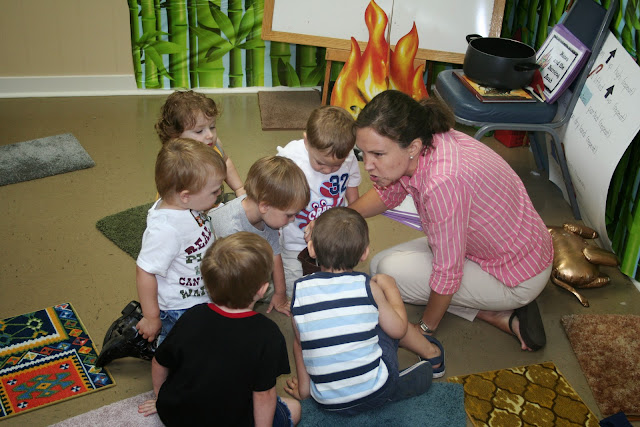 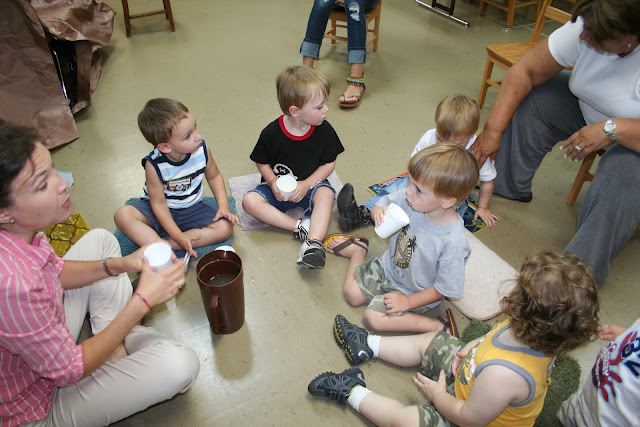 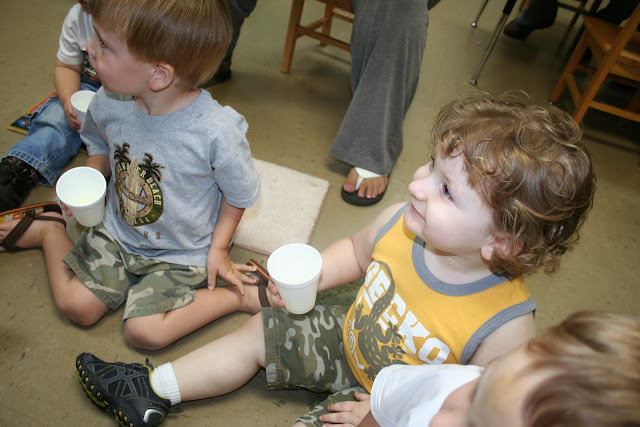 Their faces were so funny drinking the bitter water!!! One child actually liked it!! Go figure!

Then, we made golden calves.  I used the die cut machine again to make 3D golden calves for them to take home. 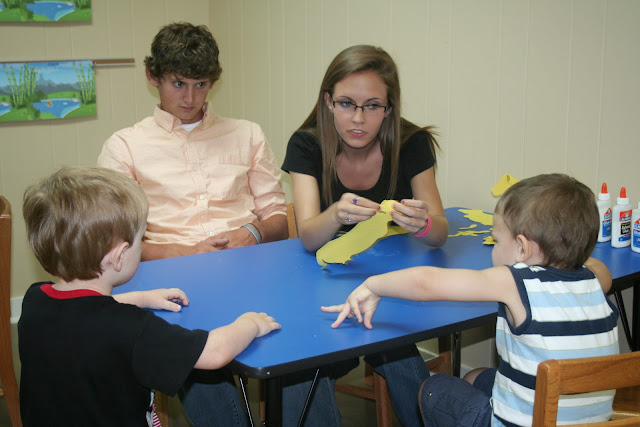 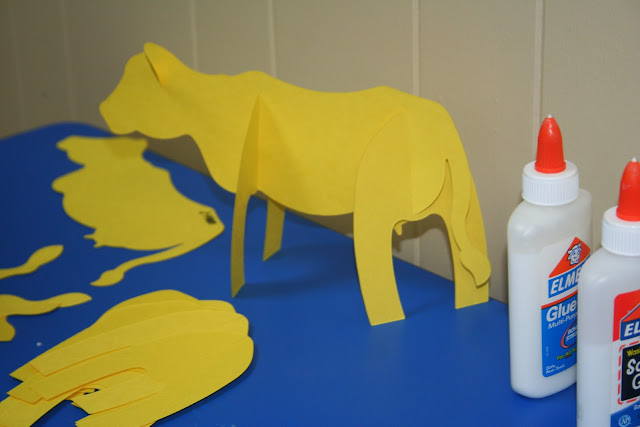 Of course, we had to have a picture of them with the golden calf - which I actually took on Tuesday night because I had to get their paper bag scrapbooks ready to give them this night.  Diane had found a blow up calf and spray painted it gold. They loved it! 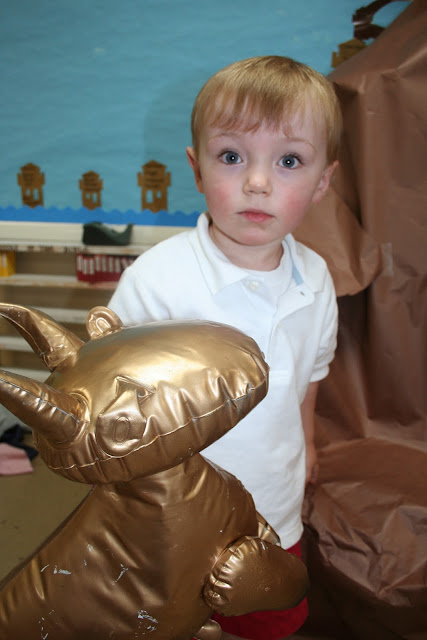 We had a great time learning about Moses this year at VBS!
Posted by Becky W at 7:11 AM

I really like the spray painted cow idea. You have so many good ideas in this blog!