David Keeps His Promise
Attendance/Memory Item: cane
Bible Time:
Songs
Bible Facts
Review
David Keeps His Promise:
David is now king and remembered the promise he made to Jonathan about taking
care of his family after Jonathan died. David discovered that Jonathan had a son who was crippled named Mephibosheth. David brought Mephibosheth to the palace and gave a huge feast in honor of him. He also gave Mephibosheth the land that belonged to him.
Activities:
Snack – give a feast for the kids – cheese and crackers, grapes and apples, etc. 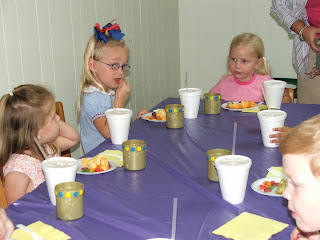 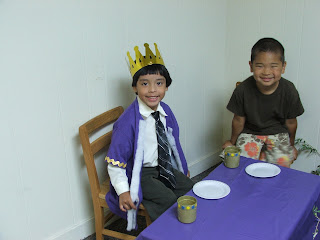 Craft – Decorate a cup that would have been used at the feast
Memory Verse – Have the kids say the memory verse and give them a heart ring
when they say it.
Game – Play “Place the Crown on King David” again. 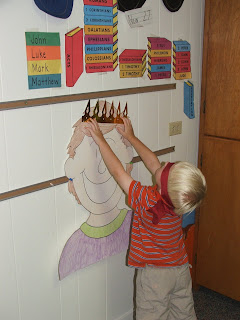 Lesson One: David is a Shepherd

Lesson Three: David is a Friend